Have you been accused of adultery? 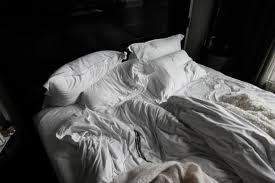 In many matters of civil litigation, such as contract disputes, evidence is strictly limited to information which pertains to that isolated transaction.  Divorce proceedings, on the other hand, are much broader and may encompass many traditionally personal matters.  In a divorce case, it is common for an attorney to ask a litigant whether he has been faithful to his wife or to detail specific sexual encounters with other individuals.  Although answering such personal questions may feel uncomfortable, it is imperative that you speak with your attorney about such topics and develop a strategy for dealing with the questions long before they are asked by opposing counsel.

How to challenge claims of adultery:

Challenging an adultery assertion starts with the initial pleadings.  In Georgia, a litigant may petition the court for a divorce based on any of the thirteen statutory grounds including the commonly plead “no-fault” ground “the marriage is irretrievably broken” to the “fault” grounds such as requesting a divorce based on the other party’s mental incapacity, impotency, or adultery among others.  Regardless of which ground is set forth, the party served with the petition has a number of defenses at his disposal.  Many of these apply to the case where adultery is alleged.

How do you prove adultery in a divorce?

In Georgia, a party has thirty (30) days to respond to a petition.  Such an answer can take the form of an answer or motion.  First, if the plaintiff’s Petition for Divorce cites adultery as a ground, the defendant may file an answer denying any allegation set forth in the initial pleading.  The plaintiff has the burden of proving each allegation by a preponderance of the evidence.  To prove adultery, one must establish by a preponderance of the evidence that one’s spouse engaged in sexual intercourse with another individual while married.  Although a plaintiff need not prove his case at the pleadings stage at some point such allegations must be supported with evidentiary proof or a divorce claim based on adultery will fail.

How should you respond to a claim of adultery?

When answering a petition, a litigant must answer with one of the following responses: admit, deny, or state that he is without sufficient knowledge to admit or deny the allegation.  In regard to an assertion of adultery, defendants should generally either respond affirmatively or negatively since adultery presumes that the purported offending party knows for certain whether the act alleged was in fact committed.

How to defend against adultery:

Second, the plaintiff may file an answer which either admits or denies the adultery allegation but alternatively sets forth any number of defenses which would bar the divorce from being granted at least on adultery grounds including collusion, condonation, or recrimination.

Collusion is generally defined as a secret agreement between two or more parties for a fraudulent, illegal, or deceitful purpose.  A divorce may not be granted if the adultery complained of has been occasioned by an agreement of the parties in an effort to obtain a divorce.  Therefore, in an effort to avoid collusion, a divorce cannot be granted in Georgia on grounds of adultery when the only evidence presented was a purported confession by the offending party.  Similarly, if a party alleges adultery as the only ground for divorce but fails to put forth any other evidence, an individual being accused of committing adultery would be well advised to file a motion to dismiss the divorce action.

Although collusion is pled as a defense occasionally, condonation is more likely to be used in divorce cases where one party has asserted adultery.  “When a spouse voluntarily forgives the other spouse of marital misconduct, with full knowledge of such wrongful act or acts, this forgiveness is condonation, which will constitute a bar to a divorce based on that specific misconduct.

Two elements must be shown.  First, the non-offending party must be aware of adultery.  An individual cannot be said to have condoned behavior in which she is not aware.  In addition to this notice requirement, the non-offending party needs to convey forgiveness, either express or implied, through words or actions.  If after learning about the adultery, a woman willingly engages in sexual intercourse with her husband, she has effectively forgiven the act and cannot successfully assert adultery as a ground for divorce unless her husband engages in adultery again after the condonation.  Condonation need not be proven by a resumption of sexual intercourse.  A party may also show condonation by continued cohabitation, or dwelling in the same household.

Recrimination is best characterized as mutual accusations.  A party who asserts adultery as a ground for divorce is not entitled to a divorce if she is likewise guilty of adultery.   Thus, although this defense bars the plaintiff from asserting the adulterous “like conduct”, it is inapplicable in challenging a divorce based on “no fault” grounds.

Although much has been made of couple’s “dirty laundry” coming out in court in divorce cases, defending yourself against a claim of adultery starts much earlier.  This early planning may be instrumental in successfully challenging an assertion of adultery.  If a party admits adulterous conduct in his answer but then attempts to retract this statement by refusing to answer the questions in court, this inconsistency is enough for a judge to lose patience and find that adultery has in fact occurred.  Thus, litigants are well advised to follow the information set forth in this brief article.

Reading books on the issue can be helpful:

Are you wanting to reconcile your marriage instead of getting divorced? Click Here