My ex-husband does not earn much money and complains that his child support payments are too high.  Can he request to pay a lower amount?  Will a Court grant his request? 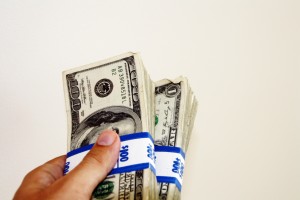 Factors a Judge May Consider for Child Support

However, there are several other factors (besides just income) that a Judge can consider when deciding the amount a parent must pay for child support, and will deviate from the standard if necessary.  It is very common for Courts to require a non-custodial parent to pay less or more than the typical amount based on the parties’ respective earnings depending on which parent is paying for the minor child(ren)’s health insurance coverage, childcare costs, private schooling, or extracurricular activities.

According to OCGA 19-6-15(i)(2)(b)(i), in order for a noncustodial parent to request a low-income deviation, a parent shall demonstrate 1) that the court ordered amount of child support creates an extreme economic hardship for such parent, or 2) that the parent has no earning capacity.

1) What is an extreme economic hardship?  Some factors that the Court includes are: sources of income, assets, all reasonable expenses of the noncustodial parent, ensuring that such expenses are actually paid by the noncustodial parent and are clearly justified expenses.  Following a review of such noncustodial parent’s gross income and expenses, the court may consider a downward deviation to attain an appropriate award of child support which is consistent with the best interest of the child.

Aftercare Expenses of a Child

One example of an area that a Court may take into account for a low income deviation is the aftercare expenses of a child.  In the Georgia Supreme Court case of Taylor v. Taylor, a Father felt that his child support obligation to pay for his child’s afterschool care made his child support too high.  He wanted the Court to lower his monthly amount.  But the Court held that the aftercare services of daycare are necessary for the child, especially since the Mother worked.  The Court required Father, as the noncustodial parent, to pay such afterschool expenses, despite what Father felt was an appropriate amount.

Choosing Not to Work to Lower Child Support

The bottom line is that if a non-custodial parent does not earn much money (especially if it is $1,850.00 a month or less), the non-custodial parent can request to deviate from the child support worksheet and to pay a lesser amount.  Additionally, a parent can show that but-for the other spouse willfully being unemployed or underemployed, the parent would not have such an economic hardship.

In no circumstances will a Judge order a low-income parent to pay less than $100.00 per month for one child (or less than an additional $50.00 per month for each additional child), and if a parent is unemployed by choice, then the Court, in the absence of any other reliable evidence, will impute income to the other parent in the amount of minimum wage based off of a 40-hour work week.

Tired of fighting over child support and want to get back together with your ex? Click Here!