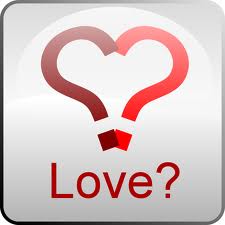 Divorce can be a tremendously difficult time.  In fact, it is commonly said that outside of the death of a loved one, divorce is the most stress-inducing event a human can endure.

Dating to end the grieving after divorce.

To put an end to this grieving process, and purportedly to propel you back to the person you once were, many of your friends may suggest that you find another woman and that spending quality time with her will expedite the healing process.  Dating, however, if you have forgotten in your marital days, comes with consequences.  Your feelings regarding getting back in the game may range from apprehension to nervousness to excitement.

Although it is important to give love a second (or third, or fourth, or so on) chance, it is imperative that you understand that dating again may impact your relationship with your children.  Fatherhood, obviously, does not end when your days as a husband have come to a close.  As such, this article provides helpful hints to consider when you are contemplating dating again post-divorce.

Wait until your divorce is final or it could hurt your chances of getting custody.

Dating while you are still married is highly discouraged.  Whether you have “separated” from your wife or not, the opposing party may allege adultery as a ground for divorce if you have sexual intercourse with another woman while you are still married.  Moreover, if child custody is an issue, then your character may be called into question.  An allegation of adultery does not exactly shine favorable light on your character.  Do not give the opposing party such great leverage by conveying even an “appearance of impropriety” when your divorce has not been finalized.

Dating after divorce can affect custody.

Assuming that you are only contemplating dating post-divorce, suggestions set forth in this article should be followed.  Many people believe that dating after their divorce has been finalized has no bearing on even subsequent litigation.  They believe that their former spouse cannot control what they choose to do in their “personal life.”  This is not true.  Suits for modification of child support and/or custody often allege facts pertaining to an individual’s social life.  This is because your parental skills may be impacted by your lifestyle.

Bringing home a different woman every night may not be appreciated by a judge hearing a case alleging that your fitness as a parent is questionable.  Moreover, although some judges are more accepting of such behavior than their counterparts on the bench from years past, many continue to at least frown on intimate relationships without the sanctity of marriage stamp of approval.  Ask yourself whether a judge would support granting primary custody of the minor children to your ex-spouse who is married or instead to you who also has a significant other but to whom you are not married (or are perpetually “engaged”).

Giving up parenting time to date can jeopardize your custody.

Moreover, regularly dating can jeopardize your ability to parent during your court-ordered visitation time.  Thus, if you find yourself calling your ex-wife to see if she wishes to exercise her “right of first refusal” (a common provision not found in every Settlement Agreement) with the children on a Friday night so that you can go out with your new fling,  you run the risk of having your children’s mother filing a modification suit to decrease your visitation time to, say, begin on Saturday morning instead of Friday evening in this example to accommodate the parties’ schedules, and/or memorialize the parties’ routine.

Even outside the legal considerations set forth above, divorce is difficult on children and as such, certain realities must be acknowledged before even considering dating again.  Most children will view your new significant other as a threat.  You must let your children know that your ex-wife will always be their mother and that no one will “replace” her.  You must also convey a love for your children that transcends your budding dating relationship.  Scholars often suggest that you create sacred “parent-child time”, or a time designated each week for you to spend with your children without your significant other present.  If you are fortunate enough to have been awarded a relatively liberal joint custody plan, it would behoove you to limit your dating (at least initially) to days in which you do not have your children.

Talk to your children about your dating life.

This perceived notion of a threat will likely be compounded if your children feel that there is nothing that they can do to change the situation.  To avoid this predicament, it is critical that you and your children have a dialogue regarding your resumed dating lifestyle.  Rather than permitting your children to “control” your dating, simply let them know that their opinions matter but that ultimately you will make the final decisions involving your dating.

Children can try to sabotage your dating plans.

If you do not have this discussion, children may “retaliate” unknowingly or even with premeditation by sabotaging your plans, being rude to your new partner, or acting out in school.  Even worse, children may even grossly exaggerate the situation to your ex-spouse who in turn could file for a modification of custody based on the misconstrued facts.  Realize that this retaliatory behavior is not necessarily because your children dislike the individual, but rather such conduct stems from the situation and your children’s feeling as if they have no other outlet.

Let your children discuss their feelings with you.

Give them an opportunity to discuss their feelings with you so that you can appreciate the unique position that they are in.  Your decision to begin to date again is often times seen as a “second divorce” for your kids.  Not only are mommy and daddy no longer together, but now there is a new person on the scene.  As you begin dating again, hopefully after some time to reflect and construct a buffer between your marriage and your “single life”, remember that communication is not only key in intimate relationships, but that it is also quite helpful in preserving the relationship you have with your children.

Wishing you were dating your ex again and putting your family back together? Click Here!