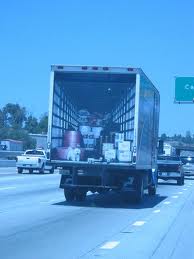 Divorce often brings with it a myriad of changes.  As evidenced in a typical divorce decree, which sets forth language such as “the parties shall continue to live separate and apart and each party shall be free from the interference and control of the other as if each party were sole and unmarried”, former spouses are encouraged to end the marital chapter of their respective lives and move forward.

Often former spouses use divorce as a catalyst for change.  One may go back to school.  Pursue or accept a promotion.  Meet someone new.  Regardless of what shape change may be packaged, it often times requires one to leave the marital town and reside some distance from their former life.  If children are involved, however, relocation can greatly impact a previous custody arrangement.

When your ex moves out of state with your children

Imagine that after going through a lengthy “custody battle” your case was finally resolved.  The judge awarded custody to your ex-wife and you were granted liberal visitation rights.  Two weeks into your post-marital life, your life is upended once again by the news that your ex-wife intends to move with the children to a state over a thousand miles away to pursue a job opportunity.  What are your rights?

Prior to Bodne v. Bodne, 588 S.E.2d 728 (2003) the parent who was awarded custody in the initial divorce proceeding had a prima facie right to retain custody.  Thus, absent a finding of unfitness or endangerment to the child’s physical, mental or emotional well-being as a result of the relocation, a custodial parent was free to move (with the children) even where such a relocation would effectively end visitation privileges of the noncustodial parent.

Post-Bodne Relocation and Modification Suits in Georgia: Since the oft-cited landmark Bodne decision, however, custodial parents in Georgia may want to reconsider an out-of-state move.  Bodne eliminated the need to couple the relocation with other factors, but instead enabled a noncustodial parent to seek a change of custody solely based on the relocation.  The court clearly delineated its outer boundaries, however, by holding that self-executing changes of custody which require a court to alter custody without discretion are void.  Thus, in relocation cases, the court must afford the custodial parent an opportunity to present evidence regarding the move.  Ultimately, post-Bodne, the court’s ruling will be based on the ambiguously fashioned principle analyzing whether the relocation is in the “best interests of the child(ren).”

What factors do courts use to determine the best interest of the child?

Although the majority opinion in Bodne neglected to set forth what factors may be relevant in determining whether a move is in the best interests of the child, Justice Leah Sears provided some answers in her concurring opinion.  Factors which courts may use in determining whether relocation is in the child’s best interests include analyzing “a child’s relationship with the non-custodial parent; his ties to local schools and friends; the child’s age; the stress and instability of relocation and the corresponding benefits of consistency and stability for the child; the interests of the binuclear family; the custodial parent’s reason for relocating; [and] the dynamics of [the] custodial parent’s new family unit.”

In sum, post-Bodne, a noncustodial parent in Georgia who wishes to modify custody may get his case heard so long as he can show that the custodial parent has relocated; however, whether his case will ultimately yield a change of custody will depend on the facts specific to his case and the degree to which remaining with him as opposed to relocating with the custodial parent would be in his children’s best interests as scrutinized through the aforementioned considerations.

If your former spouse has relocated or is considering relocating out of Georgia, contact The Porter Law Firm for a free consultation.

Considering one last effort of making up with your ex? Click Here