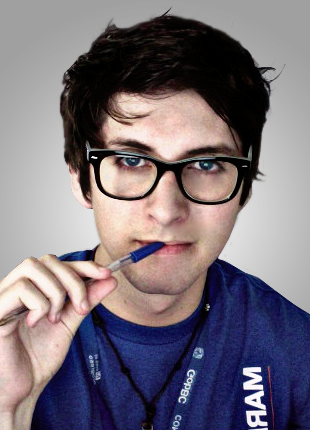 Best Interest of the Child

When parties to a divorce action cannot agree on a custodial arrangement suitable to both parents, courts are forced to make that incredibly difficult decision.  The court’s decision is made even more challenging when one learns that the guiding standard in such cases in many jurisdictions is the ambiguous “best interests of the child.”

Statutes neglect to set forth exactly what constitutes the “best interest of the child”, but instead some simply list criteria that may be analyzed in reaching such a finding.  Since many judges are highly overworked and seemingly ill-prepared in ascertaining what is best for a child, courts have largely farmed out this assessment to child psychologists.

What if the psychologist’s findings are not favorable?

Judges give great deference to the psychologist’s findings, and thus, it is a huge asset to have a favorable report.  However, in the event that a psychologist does not generate an appealing assessment, a number of things can be done to minimize its impact.

Whether a witness is characterized as an expert or lay individual, he or she must have perceived something in the case and also be able to at least minimally convey to the court information that makes an issue more or less likely.  Unlike a lay witness, however, an expert must be qualified.  This means that he or she must meet a relatively low threshold standard to be properly characterized as an expert.  If he or she lacks the requisite credentials, that individual could be restricted from testifying outright.  More commonly, however, an attorney should move to have the individual’s scope of testimony limited.  If an individual is an expert in psychology in general, he or she should refrain from testifying about theories such as “parental alienation” unless he has more than a vague familiarity with the concept.  In jury trials especially, judges are inclined to limit an expert’s testimony because excessive weight may be given to an expert’s words despite the limited knowledge.

Even where a psychologist is permitted wide latitude in testimony on direct examination by the opposing party, your lawyer should be prepared to challenge the expert’s testimony vigorously on cross examination.  First, even where a psychologist has been accepted as an expert by the judge, his credentials may still be attacked.  An attorney must be careful, however, in questioning a witness on cross.  It would be worthy to note that several scholars have disagreed with the psychologist’s findings.  However, if all you know is that some other scholars in the field do not support his findings, your lawyer may be ill-advised in going down that road.  What if his position is more persuasive?  What if the dissenters’ views have since been invalidated?  Since it is doubtful that your attorney will have the expertise equivalent to that of the expert, caution must be taken when challenging a psychologist’s credentials.

Is the Psychologist Qualified?

Although engaging in a full frontal attack on an expert’s credentials is dangerous, you can rest assured that raising two other points are safer.  Bias is almost always relevant.  Unless the expert was court appointed, he is usually being paid by the other side.  Moreover, many attorneys neglect to review the psychologist’s history.  Has he testified over 100 times?  And out of those 100, has he always found that the mother is most suitable for custody?

The Psychologist Recommendation is Only a Piece of the Puzzle

Moreover, a skilled attorney should point out weaknesses in the psychologist’s methodology and findings.  Initially, it is important to establish that the report is only “one brick in the mortar.”  A favorable report alone is insufficient to warrant granting custody to the parent who received the glowing recommendation.  According to the American Psychological Association’s (APA) guidelines, the primary purpose of a child custody evaluation is to assess the best psychological interests of the child.  Judges generally recognize, and juries should be told, that the psychological interests of the child are only a piece of the “best interests” inquiry.  Thus, an attorney must make clear that the psychologist is not the judge but instead an individual with advice for the ultimate decision maker.

Attorneys should have reviewed the psychologist’s report far in advance of the proceedings.  This enables counsel to question the findings directly.  Most questions on cross examination should come from the expert’s report.  “You stated that in the report that you met with the minor child on five (5) occasions for about an hour each session?”  “But you never met with the minor child while he was in my client’s care?”  “Wouldn’t you agree that in making a custody determination that it would be of great importance to observe the child interacting with both parents?”

However, many questions can be formulated by your attorney even before receiving the report.  This proactive approach is often times critical because an expert’s report may not be drafted, released, and circulated until a time very close to the scheduled hearing date.  Psychologists are expected to follow the APA guidelines mentioned above.  As such, each guideline can be helpful in formulating cross examination questions.

Is the Psychologist Using Old and Non-relevant Data?

For example, although Guideline #12 specifies that a psychologist should not inappropriately interpret clinical data, many psychologists do just that.  One of the most common tests issued to parents involved in custody disputes is the Minnesota Multiphasic Personality Inventory (MMPI).  Many psychologists use this test for purposes of gauging the suitability of parents for custody.  However, the sample did not include any divorcing individuals.  No minorities were tested either.  Instead the sample consisted wholly of individuals of Scandinavian descent living in rural Minnesota almost one hundred years ago!  Nevertheless, this test has been followed by psychologists and presented in court as a great tool in the divorce setting.

Did the Psychologist Fail to Meet With the Children?

Guideline #3 notes that the focus of an evaluation must involve the developmental needs of the child.  If the psychologist never met with the child, or only did so in a limited manner, your attorney must be prepared to challenge the validity of his report on cross examination.  Moreover, a psychologist who neglects interviewing family and friends may have a faulty methodology according to Guideline #11.

Is Your Attorney Challenging the Psychologists Findings?

In sum, having an attorney who is sufficiently knowledgeable in regards to the purpose and use of experts at trial is critical.  Rather than having counsel simply take a psychologist’s words as the gospel, it is imperative that he challenge an unfavorable report and bring forward its weaknesses and draw attention to its limited value.

Tired of the custody battle and want to get back together with your ex? Click Here