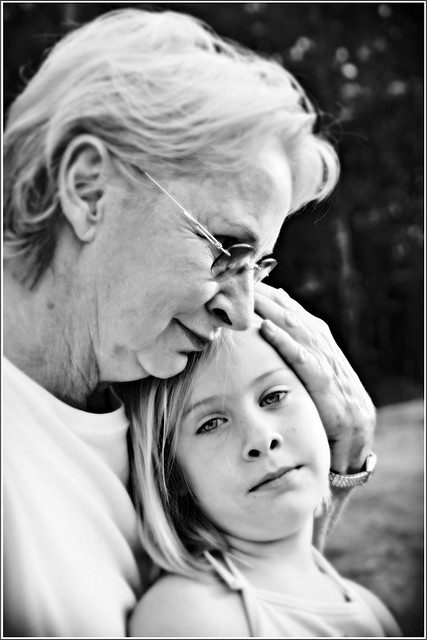 Parental Advisory: Child Custody Disputes between a Parent and Grandparent

The ever-increasing divorce rate coupled with extended life expectancy has created a greater need to afford grandparents rights to visitation with and in some cases custody of their grandchildren.

Following a trend which began two decades ago, Georgia recently became the final state to honor such rights when it passed its grandparent visitation statute. Although the tendency seems to be towards granting increased rights to grandparents, these rights are nevertheless very limited as compared to those given to a minor child’s parents.

How does a Grandparent get custody of a child?

First, the grandparent petitioning the court for custodial rights has a substantial evidentiary burden to satisfy. The decision regarding custody must be based on the best interests of the child, which must include showing that: 1) custody with the parent would harm the child, and 2) granting custody to the grandparent would promote the child’s health, safety, welfare, and happiness.

These elements must be proven by the middle-tier standard of “clear and convincing evidence.” Unlike earlier statutes in many states, however, it is no longer required that the parent be found unfit. Since the threshold of “fitness” has been set very low by case law precedent, the elimination of this requirement at least allows some grandparents to successfully gain custody. To gain custody, however, a grandparent must defeat a number of presumptions in favor of awarding custody to the parent.

First proving harm is difficult. Although grandparents routinely articulate facts which may very well “harm” a child, the statute requires a heightened degree of harm to satisfy the first element including either actual physical harm or chronic emotional abuse or danger. Moreover, courts assume that a parent is fit and entitled to custody, that such fitness facilitates meeting the child’s needs, and that parental custody is in the child’s best interests. See Georgia Divorce, Alimony & Child Custody by Dan E. McConaughey.

What if a grandparent was previously awarded custody?

When a grandparent or any other third party has been previously awarded custody, on the other hand, the uphill battle cited above is subject to a somewhat reduced incline. Rather than applying the parental rights and fitness doctrine (which affords parents great latitude), the “best interests of the child” standard is used. This standard, typically used in a custody dispute involving the two parents in a traditional divorce suit, does not presume that one party is superior to the other but instead gives both individuals an equal opportunity to show that an award of custody in their favor would be in the child’s best interests.

It’s easier for Grandparents to gain visitation rights rather than custody.

Given the aforementioned obstacles a grandparent must overcome to obtain custody of a minor child, obtaining liberal visitation rights with the child is much more typical. Since Georgia was the last state to statutorily afford grandparents visitation rights, it should not come as a surprise that such rights are only provided in certain circumstances. These rights are only triggered when one parent is deceased or is otherwise barred from visitation with the minor child(ren). Thus, conversely, in an intact family where the grandchild is living with both biological parents, the situation is not subject to a petition by a grandparent.

According to O.C.G.A. § 19-9-3(d), “it is the express policy of this state to encourage that a minor child has continuing contact with parents and grandparents who have shown the ability to act in the best interest of the child…after such parents have separated or dissolved their marriage.” More precisely, where one parent is deceased or not afforded visitation, a grandparent may bring an original action or intervene in an already filed suit and seek visitation when custody is at issue. See O.C.G.A. § 19-7-1.

To achieve visitation rights, a grandparent must prove the elements required of her in a custody dispute including the “harm” and “best interests” showings noted previously. Although almost every state has characterized these statutes in terms of the grandparent, the reality is that the child’s interests are the benchmark consideration.

Again, it is insufficient to show that visitation would enhance the child’s emotional development. Instead, it must be established that the child will be harmed without the visitation. Where as courts are somewhat more hesitant in affording a grandparent custodial rights, visitation privileges are rarely denied absent a valid cause.